Ernesto Zedillo is the Frederic Iseman, ’74 Director of the Yale Center for the Study of Globalization; Professor in the Field of International Economics and Politics; Professor of International and Area Studies; and Professor Adjunct of Forestry and Environmental Studies at Yale University.

He is a member of The Elders, an independent group of global leaders using their collective experience and influence for peace, justice and human rights worldwide and he is Chairman of the Rockefeller Foundation Economic Council on Planetary Health. He serves on the Global Commission on Drug Policy; the Kofi Annan Commission on Elections and Democracy in the Digital Age; the United Nations High-level Advisory Board on Economic and Social Affairs; the High-Level Board of Experts on the Future of Global Trade Governance; and the Board of the International Finance Forum based in China. He is on the Selection Committee of the Aurora Prize for Awakening Humanity and the Hilton Humanitarian Prize. Recently he served as Chair of the Board of the Natural Resource Governance Institute and Co-Chair of the Inter-American Dialogue from 2011 to 2018. He is on the 21st Century Council of the Berggruen Institute. 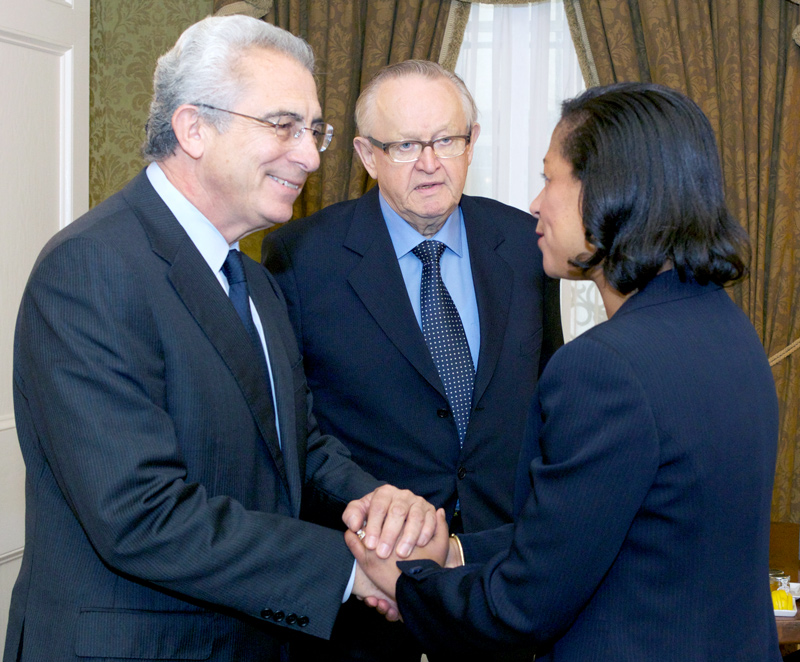 The Center’s emphasis on stimulating the flow of ideas between academia and institutions charged with the formulation of policy has been the main reason for Zedillo’s active participation in a number of international commissions dealing with topics relevant to the Center’s mission. He was Co-Chair of the Task Force on Trade and Development for the UN Millennium Development Goals Commission, whose report, Trade for Development, was published in 2005, and Co-Chair of the UNDP Commission on the Private Sector and Development, for which the final report, Unleashing Entrepreneurship: Making Business Work for the Poor, was published in 2004. He was Co-Chair of the International Task Force on Global Public Goods, which published its report, Meeting Global Challenges: International Cooperation in the National Interest in 2006. He was a member of the Commission on Growth and Development, chaired by Nobel Laureate Michael Spence, which published its work, The Growth Report: Strategies for Sustained Growth and Inclusive Development, in 2008. Zedillo was also a member of the Commission on Legal Empowerment of the Poor co-chaired by Madelaine Albright and Hernando de Soto which published its final report, Making the Law Work for Everyone, in 2008. The Director General of the International Atomic Energy Agency (IAEA) appointed Zedillo Chairman of the Commission on the Future of the IAEA. The commission presented its report, Reinforcing the Global Nuclear Order for Peace and Prosperity, in 2008. Zedillo was also a member of the International Commission on Nuclear Disarmament and Nonproliferation which published its report, Eliminating Nuclear Threats: A Practical Agenda for Global Policy Makers, in 2009. From 2008 to 2011 he served as Co-Chair of the Global Trade and Financial Architecture Project.

In 2009 Zedillo joined former presidents Fernando Henrique Cardoso of Brazil and Cesar Gaviria of Colombia, as well as other personalities from Latin America, to discuss the issue of illegal drug trafficking and its effects on the region. The Drugs and Democracy in Latin America report published as a result of that effort became an inflection point in the discussion of drug policy. It gave rise, among other things, to the formation of the Global Commission on Drug Policy, of which Zedillo has been a member since its inception and which has published several reports and position papers that have become important references on this important policy subject.

Regarding regional issues, he was co-chair of the Brookings Partnership for the Americas Commission that produced the proposal Rethinking US-Latin American Relations: A Hemispheric Partnership for a Turbulent World (2008); Co-Chair of the Regional Migration Study Group that published Thinking Regionally to Compete Globally: Leveraging Migration & Human Capital in the US, Mexico, and Central America (2013); and Co-Chair of the Global Development Center’s Working Group on US-Mexico migration that released its report, Shared Border, Shared Future: A Blueprint to Regulate US-Mexico Labor Mobility, in the fall of 2016. 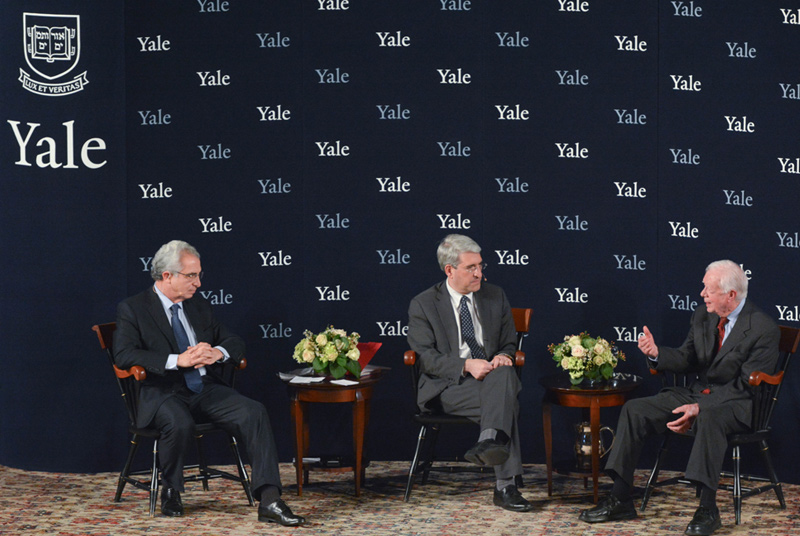 The Center’s commitment to sound thinking on development issues has led it to support endeavors at a range of global institutions. For example, for six years (2005-2011), Zedillo was Chairman of the Board of the Global Development Network (GDN), an international organization based in New Delhi, India and Cairo, Egypt, whose role is to support the work of research centers and researchers from developing countries working on development issues. Another important venture was developed with scholars at Oxford University and led to the effort to create the Natural Resource Charter, a set of principles for governments and societies on how best to harness the opportunities created by extractive resources for development. This work provided the intellectual framework for the Natural Resource Governance Institute (NRGI), an organization providing policy advice and advocacy support on the subject in many resource-rich countries and for which Zedillo served as Chairman of the Board from 2013 to 2019. For the same reason of supporting serious analysis on development topics, Zedillo was a member of the Advisory Panel of the Global Development Program of the Bill & Melinda Gates Foundation from 2008 to 2011.

Zedillo is a Member of the Group of 30, a consultative group on international economic and monetary affairs. In 2011 he was elected an international member of the American Philosophical Society. He holds decorations from the Governments of 32 countries including the United Kingdom, Germany, France, Spain, Japan, Brazil and Argentina. In 2011 he received the International Award of Lifetime Achievement by the Cristóbal Gabarrón Foundation of Spain, an award that honors individuals and institutions for their exemplary contributions to humanity. He is the recipient of Honorary degrees from Yale and Harvard Universities; the University of Massachusetts, Amherst; the University of Ghana; the Hebrew University of Jerusalem; and the University of Miami. He is the recipient of the Franklin D. Roosevelt Freedom from Fear Award; the Gold Insigne of the Council of the Americas; the Tribuna Americana Award of the Casa de America of Madrid; the Berkeley Medal, UC Berkeley’s highest honor; the International Leadership Award of the Chicago Council on Global Affairs; and the 2006 Sustainable Development Leadership Award presented by the Energy Resources Institute (TERI) in New Delhi. He was awarded the Wilbur Cross Medal by his alma mater, Yale, in 2001. 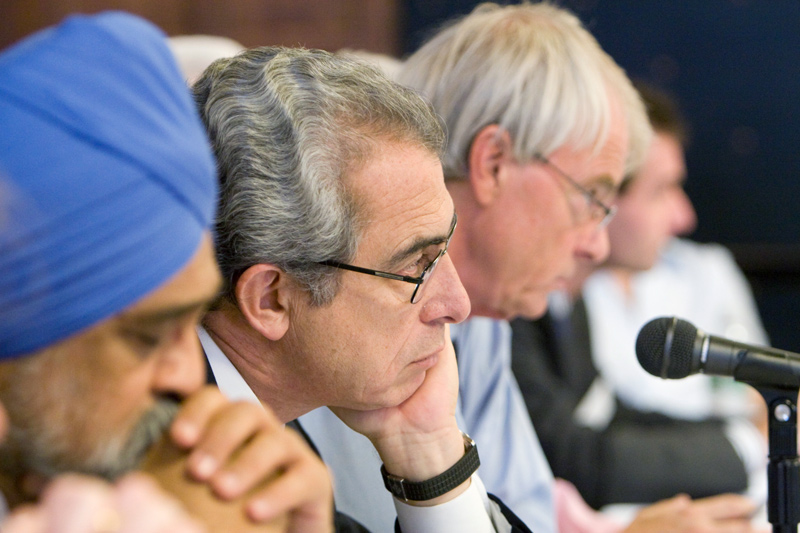 He teaches undergraduate courses in the economics department at Yale on Debating Globalization, The Economic Evolution and Challenges of the Latin American and Caribbean Countries, and for several years he co-taught International Trade Theory and Policy with well-known development economist, T.N. Srinivasan. He earned his Bachelor’s degree from the School of Economics of the Natìonal Polytechnic Institute in Mexico and his M.A. and Ph.D. in Economics at Yale University.

His edited volumes include: Trade in the 21st Century: Back to the Past? (forthcoming Brookings Institution Press, 2020) Africa at a Fork in the Road: Taking Off or Disappointment Once Again? (YCSG, 2015); Rethinking the War on Drugs through the US-Mexico Prism (YCSG, 2012); Global Warming: Looking Beyond Kyoto (Brookings Institution Press, 2008); and The Future of Globalization: Explorations in Light of Recent Turbulence (Routledge Press, 2008). 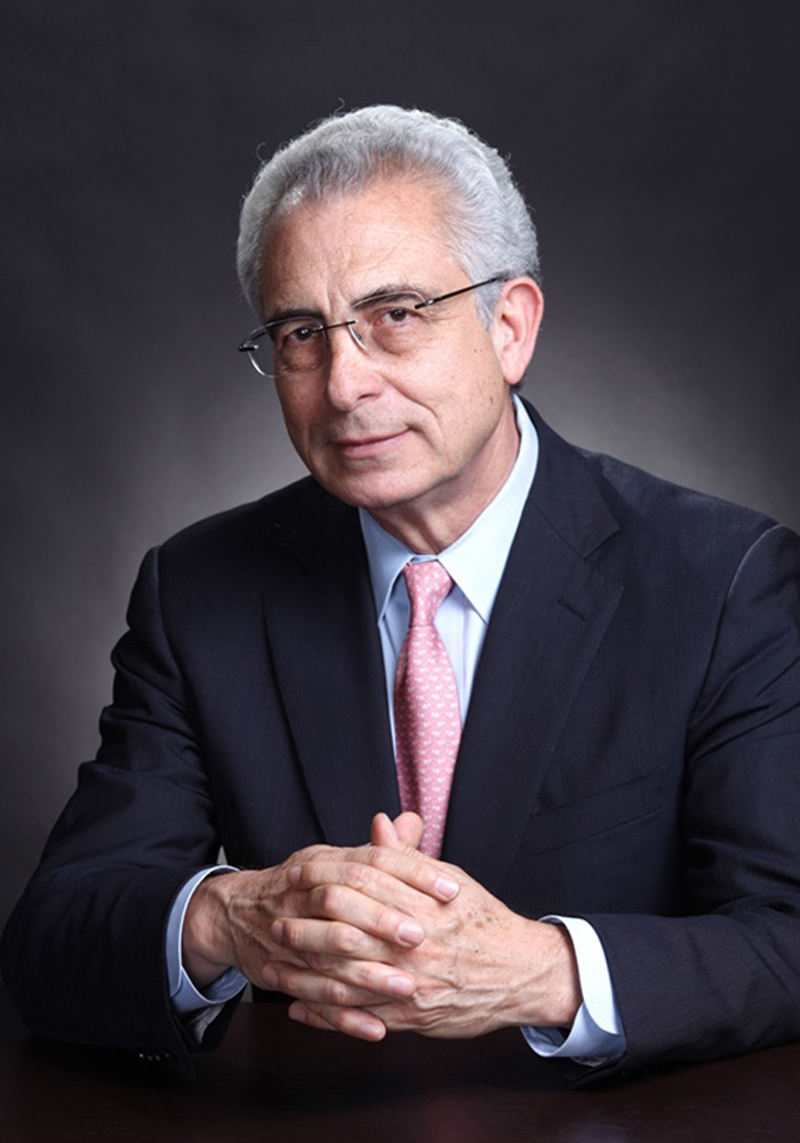