The Yale Center for the Study of Globalization enriches the debate about globalization on campus and promotes the flow of ideas between Yale and the policy world.

Since the Center’s inception in 2001, the YCSG team has remained consistent in pursuing its mission and in concentrating on the core issues of global development, financial globalization, multilateral trade, and the provision of key global public goods. Within the latter category, we give priority to issues of global coordination and cooperation including mitigation of climate change and global peace and security.

The Center’s strategy comprises four pillars. First, we focus on issues that are truly core to globalization.

Second, relying on a diversity of means – from brainstorming sessions among highly specialized thinkers to large multidisciplinary conferences, from public lectures and panels to hosting Distinguished Visiting Fellows, our Center serves at Yale as a catalyst for debate and cutting edge thought with a view to generate policy relevant proposals.

Third, in addition to our priority task of interacting with the Yale community, we seek actively to collaborate with a variety of institutions and individuals across the globe to leverage our own resources, reinforce the policy pertinence of our work and support Yale’s internationalization efforts.

And fourth, we endeavor to disseminate critical analysis and stir constructive debate within the academic and policy worlds through our publications – either generated directly from the YCSG or those to which we have contributed in international panels and task forces.

We keep as a central concern the challenge of inclusion in globalization, doing our best to support the formulation and dissemination of ideas on how to enable the world’s poorest and weakest peoples to participate in the benefits of global integration. Our efforts are motivated by a desire to understand globalization and the institutions and policies needed to enhance it as a force for good. 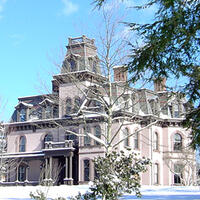