International Cooperation in the National Interest: In Defense of the Multilateral System, April 22 and 23, 2019 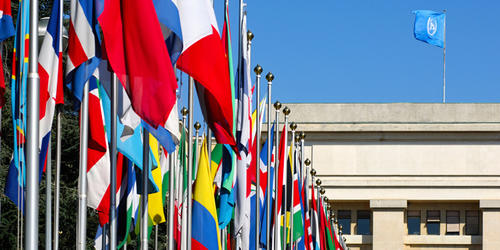 Session One: Threats to the United Nations Framework Convention on Climate Change, specifically the Paris Agreement — 1:30 to 3:30

Moderator: Matthew Kotchen
Professor of Forestry and Environmental Studies, of Management, and of Economics

Session Two: Threats to the Multilateral Trading System — 3:45 to 5:00

Session Three: Threats to Nuclear Weapons, Disarmament and Nonproliferation — 1:30 to 3:30

The Kofi Annan Lecture in Defense of Multilateralism. Would the World Be Better Without the UN?

With thanks for their support to: